With all the focus on flagship devices, we would almost forget that Google published a new version of android quite a while ago. At the start of may 2017 Android Oreo (Go edition) was made public and that version is exactly the OS that is on the Nokia 1. I have had the pleasure (mostly) of carrying the device along for the past couple of weeks and I am here to share my thoughts and experiences.So without further ado, let’s dive into it.

For a phone that currently goes well under a €100,- this is a nice list. Don’t expect flagship performance though. You get what you pay for still stands in this day and age. This is a worthy entry into the smartphone market though, at least on paper.

The device is put into a smooth cardboard box. Little whistles and bells. Personally I kind of mis a clock with the corresponding numbers, but HDM doesn’t go for this approach.

Inside the box we have a bit of paper, the phone, the battery, a headset and well a surprisingly luxurious charger. Props to HMD for including a charger that can be detached. This is something you normally don’t see on the lower-end devices. Or at least not as much as I would like.

On the right we’ve got a volume button and a powerbutton. We don’t get a camera, but it isn’t exactly something you would miss. More about that later. The left side of the device is limited to a smooth surface and that is kind of a missed opportunity. Some kind of utility button would have been nice. Nothing to complain about the plastics that have been used though. This device feels solid as a rock.

Let’s move on to the rear. It’s camera bump doesn’t exist and the textured back gives the device a nice and grippy feel to it. How nice it may be to not have something protruding out, please be warned that the lens is almost on line with the rest of the back. This means that it’s prone to scratches a bit more then you would expect. The Nokia Logo is laid in and will probably lose it’s letters with some abuse overtime. The back pops-up to show you a the battery placement, sim placement and the second sim or MicroSD depending on what you need most. You’re probably going to need that MicroSD though, because that 8GB of internal storage, even on AndroidGO, is going to fill up quick when you’re installing apps.

Next part is the full frontal picture of the device with it’s screen turned on in al it’s glory. Now it’s really hard to capture this screen without a professional low-light camera. Unfortunately this means that the camera I have been using to shoot these pictures wasn’t able to grasp the screen in one clear image. I have made two pictures showing of it’s screen to compensate. The first picture is with flash and lovely reflection to boot. However it does show you the speaker grill and the front facing camera. This is also a good moment to tell you that the device is pushed to maximum brightness in both pictures.

The Nokia 1 is a very smal device. Now to give you a bit of context. My daily device is a Samsung Galaxy S9+. Switching over to the Nokia 1 was, well, interesting to say  the least. No longer did I need two hands to answer a message. The need for a software created one handed mode doesn’t exist. The screen fits most of what I need and it allows me to be less focused on the device. All apps that I use are installed without a hitch and the screen is bright enough to get me through the day. As long as I avoid a lot of sun that is.

Next to the size, the device is very light and sports a relatively large battery capacity for it’s screen size. This means that you can get through a day without a problem. In fact, most of the time I went to bed with about 60% remaining. This will change when playing a lot of games though. So be warned about that. On average I would get about 7 hours of screen on-time but depending of the apps you use on a daily basis your mileage may vary.

Android Go works well enough. The response times are slower then one might expect, but it’s not unusable. Don’t expect to game with a high FPS count.  Nor expect to multitask blistering fast. In fact don’t expect to do much multitasking at all. This device is mostly limited to one or two apps running in it’s RAM in the background. That isn’t to say this is necessarily bad. For the price of the Nokia 1, you get a full featured smartphone with a camera to boot and little to no app limitations to speak of. As long as the specs are enough that is.

Personally the size of the Nokia 1 is a downside. It made me less productive on the go. The lack of screen realstate was a bummer for me. However, as mentioned in the good points this also means that people with small hands have plenty to love. The screen of the Nokia 1 is dull. Colors feel washed out and as mentioned before, direct sunlight kills readability. You won’t get the best of your Instagram feed on this screen.

The camera is usable enough. I made some example pictures in broad daylight. I tried to make some pictures in the dark but got nothing to actually work with. The flash on the device works perfect as a flashlight, but doesn’t save the camera from it’s lacklustre performance in the dark. (I must apologize. The pictures taking with the Nokia 1 have died with the device that was storing them).

Android Go stops at ‘well enough’ even though animations are disabled and you are still able to install any and all app that doesn’t mean you would want to. Load times are not good. Especially on games and third-party apps like Facebook. Each tap is followed by a bit of lag and splash screens better be designed well, because you’re going to see a lot of them.

The speaker does it’s job and is fairly loud, but it is not recommended to use this for music playback. If you want to listen music, use headphones. Much recommended.

Out-of-the-box the experience is good. Part of the Go experience is the most recent updates without a moments delay. Meaning that out of the box, the phone updates to the latest month worth of security updates and OS versions. No OEM interference is noticed in terms of update delay and I got to hand it HMD for that one. Nice software support. However AndroidGO has now been in the market for over a year and in my opinion it’s not really the way android should be used. Yes, the OS making some necessary changes to run on barebones hardware. But the OS takes so much from the experience away that it’s almost not worth it.

At the time of writing you got get a well better equipped full version of Android on a lot of cheap devices. I am not sure if optimization or hardware is the problem. But AndroidGO really makes you notice how low-end your device is never to dust that feeling of.

Those looking for a cheap back-up or emergency phone might consider the Nokia 1 worth buying. Those wanting a first entry into the smartphone market would do better to save just a few more bucks to buy something like the Nokia 3. Having used the Nokia 3 before I can hands down guarantee you that you’ll have a much more enjoyable experience.

It isn’t all bad though because the Nokia presents a solid phone with the basic functionality one needs to enjoy a connected life. AndroidGO offers you that glimpse into full android that makes you wish for more and you still buy a phone that’s hard to beat in terms of value for hardware. 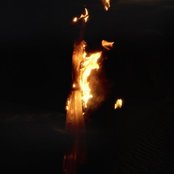 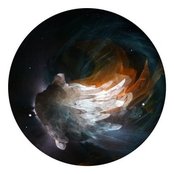 4am
The Fauns
2 hours 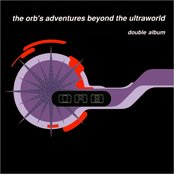 Little Fluffy Clouds
The Orb
6 hours
Tags
android android one apps arm aurora blog data breach developing dvlup edge enpass fitbit hack haveibeenpowned hmd global intel introduction ionic it-crowd marco maas meltdown mfa microsoft nokia nokia 1 nokia 6 (2018) nokia 7 plus northern lights outlook password password manager powned pwa review security social enginering spectre spotify store strong passwords theme windows10 windows 10 windows mobile windows phone
We use cookies to ensure that we give you the best experience on our website, for example the social sharing buttons. If you continue to use this site we will assume that you are fine with that… Additionally you may have to whitelist this site in your ad-blocker if not all elements of the site show up correctly.OK