Fitbit is well known mainly for its fitness trackers, but since the Fitbit Blaze they have been dipping their toes in the smartwatch pond. Last year they released the Ionic with Fitbit OS, enabling third party apps and a true ecosystem, and this week they released the cool new Versa smartwatch and some other great goodies.

A brief history in Smartwatches on the rise…

After some early endeavours into crowd-funding smartwatch start-ups back in 2013 through Indiegogo and Kickstarter, I crashed and burned on both the Kreyos Meteor and the AGENT watch. Back then I was still using a Windows phone, so it had to live up to the promise to work with Microsofts mobile OS. These two seemed the only viable options back then… 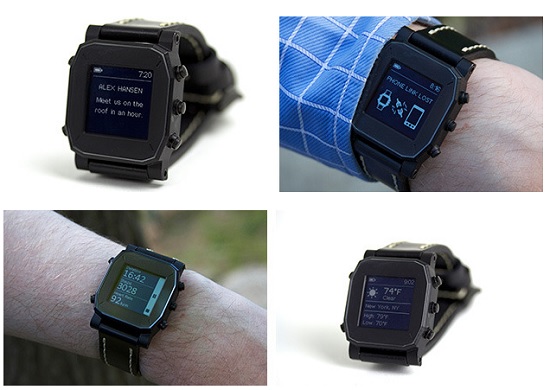 Last spring, I found out that the Fitbit Blaze ‘smartwatch’ -that had been out by then for about a year- supported Windows phone (well, sort of), so I got myself one. The Blaze basically allows you to get phone notifications and change watch-plates, so to call it a real smartwatch is a bit of a stretch, and in the spring of 2017 these notifications were still in beta and Fitbit had some real trouble getting that of the ground (also due to Microsoft effectively already having stopped active Windows 10 Mobile development).
But after a while it started working, and I must say that after using it for some time I found myself being mainly interested in its fitness tracking capabilities (Windows phone compatibility also bringing in connected GPS by the way) and just reading the basic notifications. Since the Blaze doesn’t support an ecosystem with apps, that’s basically all you get anyway… 😉

Last autumn however, Fitbit introduced the Ionic: a true smartwatch with a real OS (I suspect loosely based on the Pebble OS which they acquired a year before) that can run actual third party applications. This device got me excited again over smartwatches, so an upgrade was done.

The Ionic features a true Operating System, called FitbitOS, which is likely based off of Pebbles OS, so it is able to run apps. The Ionic has better and more sensors too, featuring for example built-in GPS. And since it supports apps, it comes with an SDK as well, and that renewed my interest in developing: one of the reasons I jumped aboard the AGENT.
The Ionic has a few drawbacks though; it’s bloody expensive and its OS is clearly a ‘v0.9’ release. But being the first in the line of Fitbit OS smartwatches, that was to be expected. So let’s get on to the news:

So the Ionic wasn’t exactly the succes Fitbit had hoped for and it seems the pricing (and to a lesser extent its design) was the main culprit. The Ionic has a quite steep price tag of 349 euros, while its newest sibling has dropped a full 150 euros to a price tag of 199 euros. The Versa only omits the built-in GPS and NFC, and if you spend an extra 30 bucks you’ll even get back the NFC to be able to use Fitbit Pay. It still has a durable aluminium housing that’s waterproof up to 50 meters submerged, it features the all new Fitbit OS 2.0, it still has 4GB memory to load up music, amazing multiday (4+) battery life, has of course interchangeable bands (a lot!) and now a much more pleasant rounded (or “squircle”) design that’s also a bit smaller than the Ionic. This new design is supposed to appeal to a lot more people, both men and women. Anyway, feast your eyes on these images: 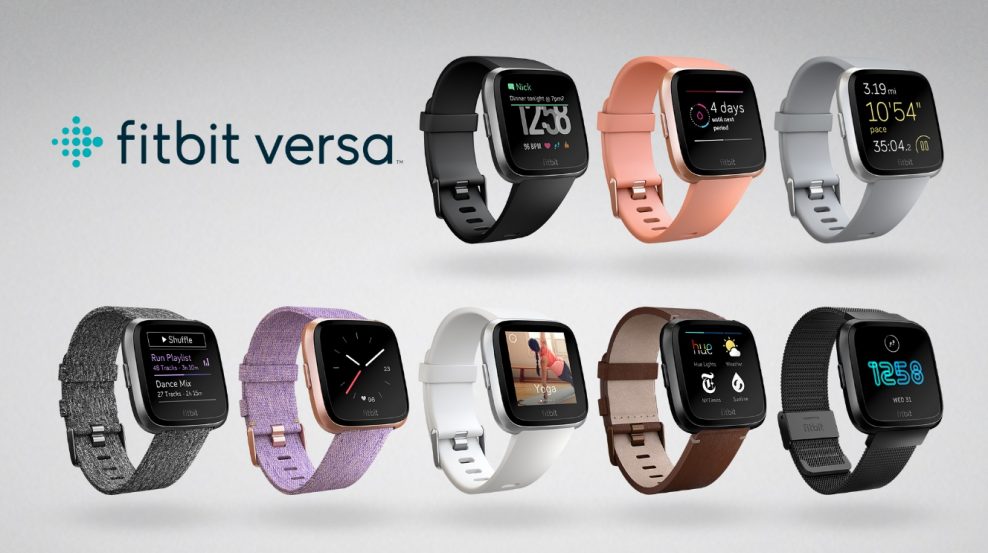 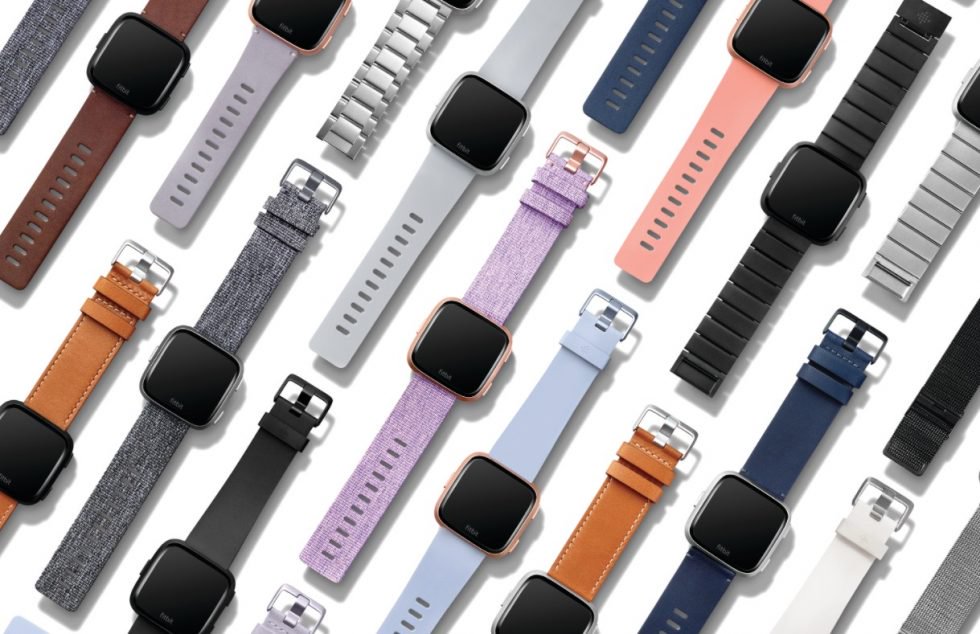 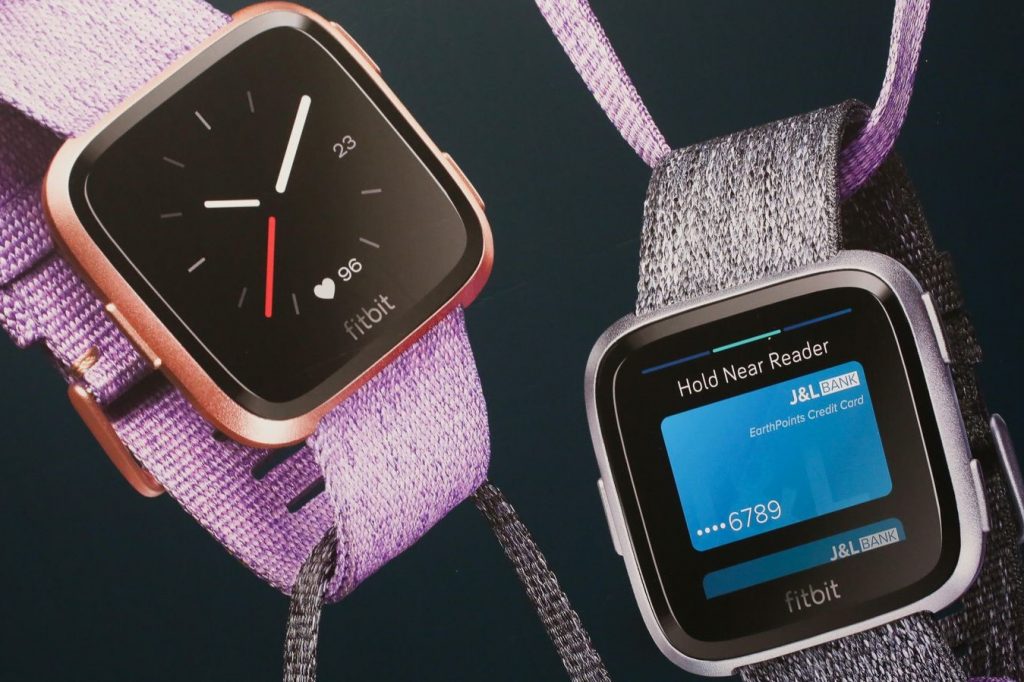 For the Versa, Fitbits OS has been upgraded from v1.2 to a full major new version v2.0, bringing quite some new features. First of all there is now an option to reply to texts by means of a set of predefined answer phrases you can set in Fitbits companion app (thanks Fitbit: that was on top of the most-wanted list).
Navigation has been changed completely, now placing your notification drawer at the top instead of bottom (which seems logical and in line with most smartphones) and pulling from the bottom up you get the daily stats (which used to be a seperate category in the apps section to the right). A whole new category has also been created (in a bet to appeal to women) with Women’s Health; a new tracking section to track the menstrual cycle.
Apart from these little bits not much more is known right now since neither the Versa nor the Fitbit OS 2.0 are available to the public yet, however you can tell the design changes from a lot of the press pictures.

The Fitbit OS 2.0 will also be made available to current Fitbit Ionic users through an upgrade in coming months. Since Fitbit is again mentioning the SpO2 sensor now also being in the Versa, I have high hopes that it wil finally be used on the Ionic as well by this updated v2.0 OS.

Fitbits Versa looks like a very competitive device, with a much more accessible design resembling the Apple Watch, but for a much lower price. Fitbits companion app and fitness tracking capabilities are top-notch and Fitbit OS 2.0 looks like a very promising development of an OS that has only just started… 🙂

The Fitbit OS SDK (Software Development Kit) has been available even before the actual release of the Ionic, but has always lacked a visual designer or an emulator. Especially the latter is a big problem if you want to build out an ecosystem and attract developers, since testing apps and watch-faces on an actual device is not an option for everyone. Maybe its too expensive but they still want to develop cool apps, or maybe the Fitbit device is not available in their region at all.
Also; running your app or watch-face on an actual device every freakin’ time you make a small adjustment can be a real nuisance, so this new emulator option is a VERY welcome addition to the SDK. It looks like this: 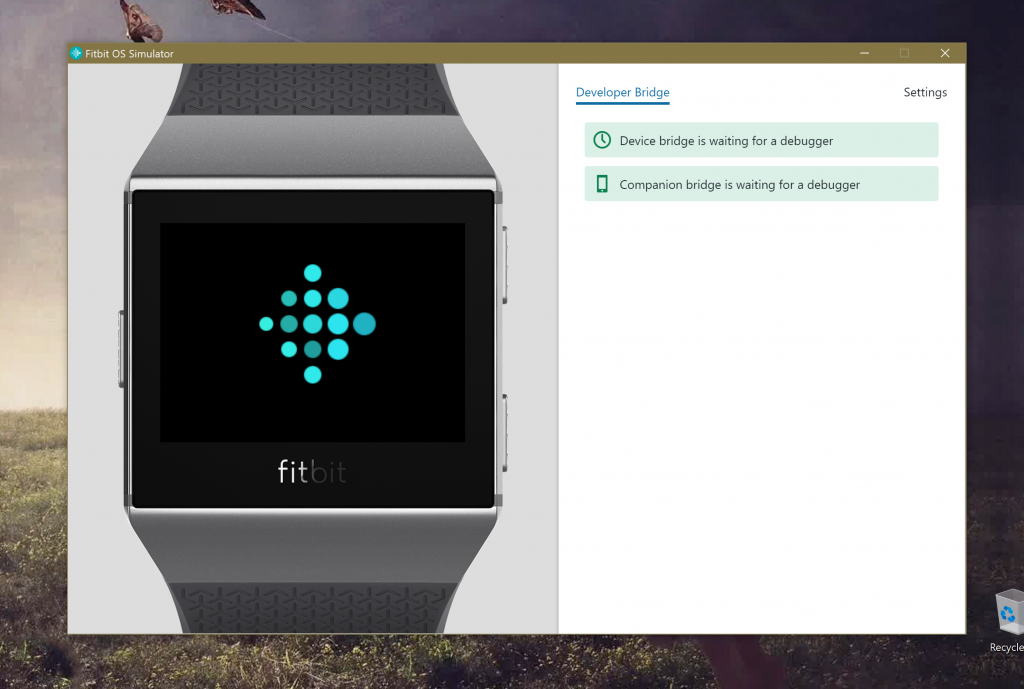 If want to dive right into Fitbit OS developing, I recommend going here first, because you’ll find all the documentation there as well as the link to the emulator (which is hidden in the text in the top section “What you’ll need”). 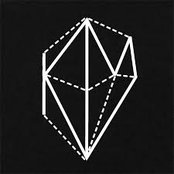