Famous XDA tinkerer Heathcliff74 has finally released his updated WPInternals suite that enables Lumia owners to unlock the bootloader and potentially flash any ROM they’d like. Initially released as the 2.3 update that could unlock all Lumia’s, there seemed to be a problem with the x50 series, but that has now also been fixed with the release of v2.4.

Since Microsoft has finally admitted to stop active development of Windows Phone (Windows 10 Mobile) and also cancel the Insider program for it, Lumia owners seem to be at a dead end with their devices. And also with Microsoft cutting more and more Lumia’s from the upgrade track with each iteration of Windows 10 (Mobile), a tool like this seemed inevitable>
And it brings us back to the good old days of flashing custom ROM’s from the XDA-developers community onto our Windows Mobile handsets. It’s good to see that the XDA community is keeping these wonderful handsets alive through projects like this, but at the same time it’s sad to see the Lumia range go down this road into a niche hacking subject. 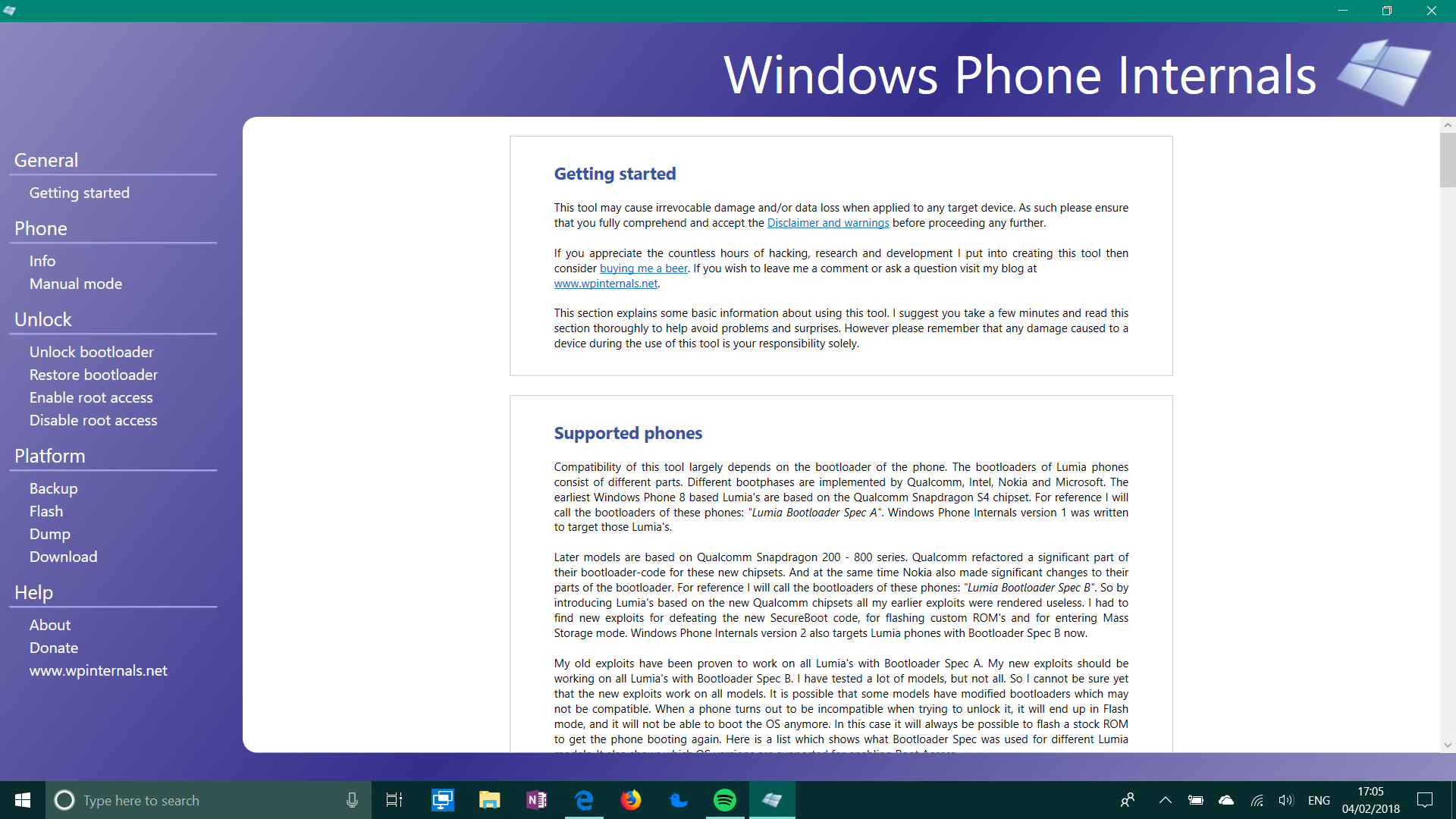 But as I said, this tool will enable the folks still clutching onto their Lumia’s to have at least the latest possible builds that have been released through the insider program by hacking it on there. With WPInternals you can unlock the bootloader and gain root access so you can manipulate the registry for example to spoof a 950 and get the latest builds that were out there.

After initially announcing the upgraded WPInternals covering ALL Lumia’s back in december, Heatcliff74 finally released it last januari:

#wpinternals version 2.3 is released. It unlocks the bootloader and allows mass storage mode, Root Access and Custom ROM’s on all Lumia’s. https://t.co/VKE2IgApvk

Since it’s release the hacking community has plunged into flashing and hacking the sh*t out of Lumia’s all over the world, even booting Windows RT onto it and there is probably much more to come. Maybe even Windows 10 on ARM, who knows… 🙂

Before you head of to download WPInternals let me first warn you however that tinkering with OS images on phones through these jailbreaking tools isn’t without risk; you may end up bricking your device if you don’t follow instructions or prerequisites painstakingly accurate. And in most cases when that happens you’re on your won… 😉

Oh, and this tool will trigger your Antivirus solutions into blocking (and probably deleting) it. You’ll have to whitelist it first in you antivirus program before you can unpack or run it.

Anyways, to all you brave out there: happy hacking! I think I’m gonna dust off my old and trusty Lumia 920 too and see if I can get Windows 10 RS2 Feature 2 branche builds on it.